PowerShield is an Auckland-based specialist battery monitoring company and has formed a joint venture with an experienced local manufacturer rather than moving its production offshore.

The new manufacturing company, PowerShield Solutions, draws on the expertise of its Managing Director David Todd.

Dr Quin said it was an honour to be invited to celebrate today’s opening and very exciting for Callaghan Innovation.

“We exist to help high value manufacturing companies to grow bigger, faster.  The opening of a new manufacturing site is a testament to the success and growth of PowerShield,” said Dr Quin.

“We consider today to be a great success in terms of Callaghan Innovation and New Zealand Trade and Enterprise mission.”

PowerShield Chief Executive Len Thomas said he was delighted that both Dr Quin and NZTE Customer Director Sanchia Yonge could officiate at the ceremony as both organisations have supported the company’s development programmes.

“In 2013 we received an NZTE International Growth Fund grant which helped us to set up our UK Office,” said Mr Thomas.

“We were fortunate to receive a Callaghan grant in 2005 to help to fund the development of a smart sensor which became a critical component in our stand-by battery monitoring solution.  That innovation was the catalyst for PowerShield to achieve international sales growth of 25% p.a. for four successive years.”

Mr Thomas said the company was half-way through a programme to develop new products that will keep PowerShield at the forefront of battery monitoring technology.  The programme is partly funded by a second Callaghan Innovation grant awarded in 2014.

By keeping its manufacturing onshore the company expects to achieve savings of around 15 to 20 percent on its previous contract manufacturing bill.

PowerShield stand-by battery monitoring solutions are used around the world by customers such as NASA, Bank of America, Bloomberg, Sainsbury, Microsoft and Huawei, and locally by Meridian, Genesis Energy, Watercare, the Department of Internal Affairs, and SkyCity’s casinos.

If you would like us to help you access the Callaghan Innovation grants schemes, give Simon a call on 09 236 0082 or drop us a line from the Get in Touch page 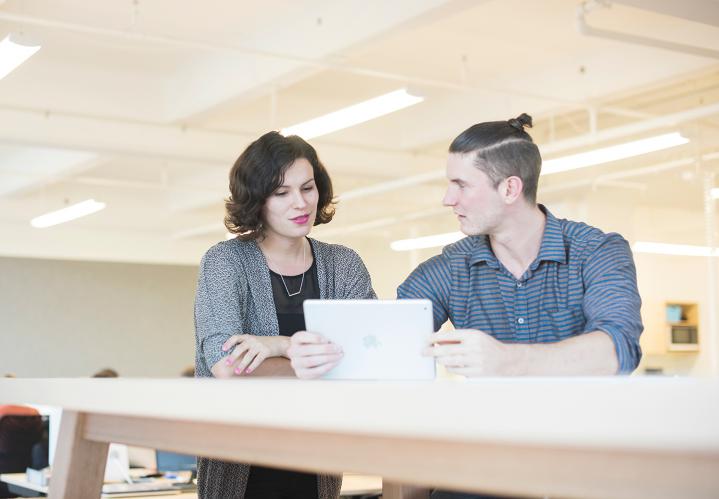 The grants, available for recent graduates with a masters or PhD in science, technology, engineering, design, or business are now available on demand.

Add a PhD or Masters graduate to your R&D team to stimulate innovation.  If you are looking for funding for this then first identify a student you want to engage and then apply to Callaghan Innovation.

Research and Development (R&D) Growth Grants expected to be worth more than $41m over three years have been approved for 23 high tech companies.

Research and Development (R&D) Growth Grants expected to be worth more than $41m over three years have been approved for 23 high tech companies by Callaghan Innovation, Science and Innovation Minister Steven Joyce announced today.

“These are innovative companies producing world-leading, high-value products and high-quality jobs for New Zealanders. They are all proven businesses that have committed to investing in R&D in this country,” Mr Joyce says.

END_OF_DOCUMENT_TOKEN_TO_BE_REPLACED

The Technology Development Grant for 2012 is now open for applications.

There is $45 million of R&D funding is available over three years through a competitive process.

Technology Development Grants support businesses with a good track record in R&D that spend a significant proportion of their revenue on research.

The Grant reimburses 20% of eligible R&D expenditure on a business’s R&D programme, up to $2.4 million (excl. GST) a year.

Read Request for proposals – Technology Development Grant 2012  to get an understanding of what MSI are looking for, and how they will judge applications.

Is  your business eligible?

So you will have to be quick!  Give us a call on 09 236 0082 or email Simon Lempriere at simon@dynamicresources.co.nz and we can help you through the process and answer any questions you have.

Tax-related queries about the Technology Development Grant should be directed to Inland Revenue.

For information on relevant tax changes for the Technology Development Grant, please read the Tax Information Bulletin [PDF; 767kb] on the Inland Revenue website. The relevant section can be found at page 84, under the heading ‘Consequential R&D changes’.

There’s less than two weeks to go to get your application in for MSI’s undergraduate internships programme.

The programme allows businesses to contract an undergraduate student for up to 400 hours of work, and it is open to all businesses where R&D is at the centre of their growth strategies.

MSI have up to 200 internships places available this year with innovative New Zealand companies.

The internship programme provides funding of $16 per hour for up to 400 hours of work upon proof of the company’s payment to the intern ($6400 max.). MSI will pay businesses GST on top of this funding ($7360 in total max.) This funding is paid directly to the company employing the student.

The number of interns approved per business may be capped depending on the total number of applications received.  Applications close at 12pm on Wednesday 20 June 2012.

For more detail on this programme and how to apply, please visit the MSI website.

$1.28m for Top Talent to Try Out High-tech Jobs

About 200 of our best scientific, engineering and technology undergraduate students will get a taste of working for innovative high-tech businesses this summer, announced Science and Innovation Minister Wayne Mapp today.

“We are investing $1.28 million so businesses can hire undergraduate interns to do research and development projects over the university summer holidays,” said Dr Mapp.

“This Government wants to see better connections and more collaboration between science and business. These internships contribute to this goal.”

Dr Mapp said up and coming engineers, technologists and scientists will get a chance to prove themselves in a commercial research environment.

“In turn, businesses can tap into students’ knowledge, insights and skills to contribute to new products, processes or services,” he said.

The Undergraduate Internships programme, administered by the Ministry of Science and Innovation, provides funding of $16 per hour (excl. GST) for up to 400 hours of work by the student.

Many of the internships from the previous investment rounds resulted in jobs for the interns.

“This programme has proven to fulfil a real business need over the past few years,” said Dr Mapp. “I expect this year it will also be in popular demand.”

For more information about the programme and how businesses can apply, go to http://www.msi.govt.nz/business/capability/undergrad

To find out how we can help you access a range of R&D grants, contact Simon Lempriere of DynamicResources at simon@dynamicresources.co.nz or 09 236 0082 and 021 721156

The Ministry of Science and Innovation (MSI) is offering a grant to encourage innovative companies to employ senior science, technology or engineering students for a research and development project. This year two hundred places are available.

Funding Available
The funding provides $16 per hour for up to 400 hours of work upon proof of payment to the intern.  The maximum grant is $7,360 including GST.  Funding is available to larger companies as well as smaller companies that are developing their first innovative product.

Applications Open
Applications for the Undergraduate Grant are expected to open in the week commencing 5 September 2011.  For further information contact MSI

A Kiwi parachute manufacturer has stayed on top of the world with the help of research and development backing.

NZ Aerosports operates out of a Grey Lynn garage in Auckland, but their products – one of which set a world distance record in the US recently and won a World Cup event in the Czech Republic this week – are the second-most produced parachute canopy brand in the world.

The classic Kiwi success story started in the early 1980s, when skydiver Paul Martyn was on the dole. He needed money to go jumping so he started making gearbags for friends.

By 1985, the then-21-year-old was copying American canopy designs and the company was born. Martyn’s mate, Jef Kay, got the ball rolling by mortgaging his house, making it possible to buy fabric, sewing machines and to employ four people.

Martyn bought him out in 1990. He gained international recognition in 2000 with wins at a prestigious event in Nevada. “We came first, second and third in almost every category and took out an ad in Skydiving magazine saying ‘Are you convinced yet?’,” Martyn said.

That success has continued. A new high-performance parachute, Petra, broke the world distance record, covering 222m horizontally after diving to within metres of the ground in Colorado three weeks ago. And last week US jumper Nick Batsch won the World Cup in the Czech Republic jumping in a Petra. “It’s performing so much better than anything out there at the moment,” Martyn said.

Part of the reason for that is the prototype testing they are able to do thanks to research and development backing. With help from Simon Lempriere, from business-consultancy company Dynamic Resources, the company received a $28,000 grant from the Ministry of Science and Innovation last year.

Martyn had to spend the same amount himself, but it meant a new prototype could be produced and tested weekly. “It’s stimulated us and the results will flow through to the rest of the range.”

Another grant, worth $172,000, has already been approved and it is hoped another 100 prototypes will be made over the next two years. About 2000 test jumps are planned and two parachute riggers will be employed from Australia and the US.

NZ Aerosports parachutes are now made under licence in the US, Spain and Germany.

Martyn, who is nicknamed Jyro, uses computer-controlled cutting machines and employs French aerodynamic engineer Julien Peelman. They use a virtual wind tunnel to come up with cutting-edge prototypes.

The company makes about 25 double- or triple-cell winged nylon parachutes a week, of which 95 per cent are exported. Each one sells for between $2500 and $5000, excluding harness systems. Around 900 canopies were exported last year and Martyn hopes to increase that to 1200 this year.

The business owner, now 47, focuses on designing and testing prototypes but pops into the workshop in the afternoon for a beer.

The company employs up to 20 people during busy periods. The main challenge has been managing our high dollar. “It’s so volatile you don’t know where you’re going to stand. If it goes too high our business won’t be viable. Every cent it changes our profit goes up or down by $700 per week.”

© 2022 | A Member of the QBD Consulting GroupDynamic Resources.